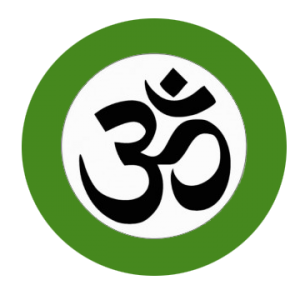 “All my work creating PBL and many years of personal healing work  (see my book  The Holding Space Practice) was yoga. I just didn’t know it at the time.”

I started yoga because I was getting older and needed a practice that would give me strength, energy and flexibility.  For years I had a vague sense that yoga would be a good practice for me as a tool to make my mind stronger, although I didn’t know why.

I had yoga videos at home and felt like I was “doing yoga” regularly, but one day a healing professional I had been seeing regularly for more than two years suggested I go to a yoga workshop with her.  It was a two-hour restorative workshop on a Saturday afternoon.

I spoke with the instructor afterwards and told her how I had been doing yoga at home.  She responded, “that’s great” and I knew she meant it.  Then she said, “but its not the same as working with an instructor.”  A seed was planted.  It was hard for me to commit to going to a studio, but my life changed as I began working with yoga instructors.

“Yoga” means “union” or “unified”.  This practice is about bringing all parts of a person in harmony and “union”.

“Ashtanga Yoga” means “eight limb yoga”.  The physical postures we think of as “yoga”  in a yoga class are one of eight limbs of the practice.  You can practice other limbs WHILE you practice the poses on your yoga mat.  You can also practice them off of your yoga mat when you are doing life-poses.

Ashtanga Vinyasa Yoga is based on a set series of poses that the practitioner memorizes over time.  Like piano lessons, you could go once a week to a yoga lesson and practice at home.  The next time you come your teacher sees how much you have progressed and then adds new steps as appropriate.

Using a consistent series helps you see the way your body and mind are progressing.  I like that a lot of your practice can be done at home rather than having to rely on a yoga class every time.  This is the kind of yoga I have gravitated toward.

Blog posts about yoga will be about the journey on and off the yoga mat and yoga things that may not even seem like yoga to the uninitiated.  My yoga page is a space for me to share resources for yoga students and people that want more specifics on Ashtanga Yoga.